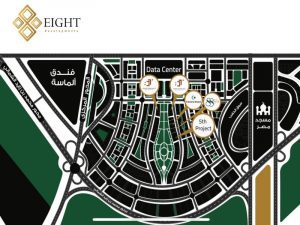 Why did the company choose the Downtown area?

Downtown or what is known as MU19 is a huge investment area with an area of ​​1364 acres and divided into 5 neighborhoods. Downtown will also include shopping centers and major commercial activities in various fields, administrative towers in the Downtown neighborhood, corporate areas in all disciplines, gardens of various designs, and medical units for sale in the Administrative Capital.

This neighborhood is designed in a detailed geometric way like never before. You will find all the commercial centers in the New Capital or companies in the same field in one area. For example, you will find an area for furniture stores only, an area for jewelry and gold stores.

What are the main neighborhoods in the Downtown area?

It includes the hotel-tourist district, which covers an area of ​​138 acres.

What are the institutions located in the downtown area of ​​the new capital?

The Downtown area includes 4 important institutions such as:
Pharmaceutical companies area
And the oil companies area
insurance companies
And the area of ​​electronics, technology and computer companies

The Downtown area contains the eastern and western gardens

In addition to that, there is a mosque in Egypt, which is the second largest mosque after Al-Fattah Al-Alim, with an area of ​​68 acres

Medical clinics at the highest level

In addition, the gold market

What types of units are available in the Downtown area in the New Capital?

One of the most important features of the Downtown area is that it is an integrated investment area that includes administrative units, hotel apartments, medical and commercial units.

Who is Eight Real Estate Development and its previous projects?

is one of the best companies in the Egyptian real estate market. The company has great experience in real estate and has worked on many distinguished projects, developing more than 52 projects. It was also established in 2017 by the engineer Omar El-Saadawi, who is the Chairman of the Board of Directors of Eight Real Estate Investment Company, which has 5 years of experience, and although it is a small period for the real estate giant in the Egyptian market, it has proven its efficiency and put its name among them in a very record time.

Eight Real Estate also invested in the new administrative capital after seeing the state’s recent orientation to it to keep pace with the urban development around the world, which made the Eight company put in its project in the capital about 600 million pounds, and this is the amount of investment proposed in the project.

Among the most important projects of the company are:

The Location and design of the strip mall by Eight Developments:

Via 3 malls attached with each other:

The strip mall is the largest project of the company and space is 7,200 meter, this project on 3 sides and this is what makes the project has none back unit

The first: directly on Central Park, and the first building will be in front of it by 240 meters

Second: On a 30-meter-wide corridor

The third: a main street with a width of 75 meters

Facilities and Advantages of The strip mall:

Starting area and all you want to know about the spaces inside this tower: